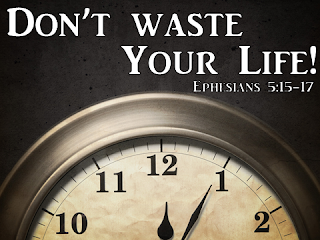 Don’t Waste Your Life!
In this morning’s message I challenged our congregation to use every moment of their lives, up to the last moment of their life for Jesus Christ. At the conclusion of the message I shared a letter written by Karen Watson before she left for Iraq as a missionary.
As a 38 year old Karen Watson felt God’s call to go to Iraq and serve as a missionary. She sold her house. She sold her car. She sold nearly all of her wordly possessions. The rest she shoved into a single duffell bag and left for Iraq. Before she boarded the plane, she handed her pastor a letter that stated that it was only to be read in the event of her death.
Thirteen months after arriving in Iraq, she was killed in a drive-by shooting in the city of Mosul. Upon hearing of her death, her pastor opened her letter. This is what she had written.
Dear Pastor,
You should only be opening this in the case of death.
When God calls there are no regrets. To suffer was expected. His glory is my reward.
I wasn’t called to a place. I was called to Him.
To obey was my objective, to suffer was expected, His glory was my reward, His glory was my reward.
THE MISSIONARY HEART
Cares more than some think is wise
Risks more than some think is safe
Dreams more than some think is practical
Expects more than some think is possible
I was called not to comfort, or to success, but to obedience.
There is no joy outside of knowing Jesus and serving Him.
I love you and my church family.
In His care,
Karen

What would your final letter say? You can read other letters and post your own on http://www.thelastletter.org/