This past Sunday at Hollywood Community Church we were honored to host a special time of prayer for Derek Avilez. More than 650 people showed up for the service. Along with the members of HCC, many of those present were family, friends and a large number of Derek’s co-workers. At one point, the altar was filled with people that surrounded the Avilez family crying out to God for Derek’s healing. 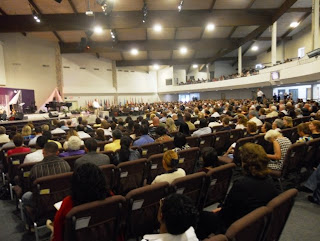 The firefighters and rescue personnel for the city of Hollywood have literally “gone above and beyond the call of duty” in caring for the Avilez family. They have provided food at the hospital; they are working Derek’s shifts; they are running the family’s bounce house business; and they are moving them into a new house. What an example of godly compassion. They literally have lived out the command of Romans 12:15 which exhorts us to “rejoice with those who rejoice and mourn with those who mourn.” Thank you Hollywood Fire and Rescue for your servant’s heart and tremendous example! 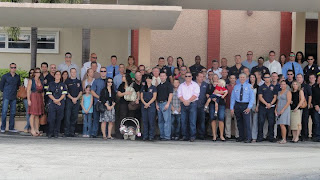